3 Best Catering Services in Singapore for Any Event 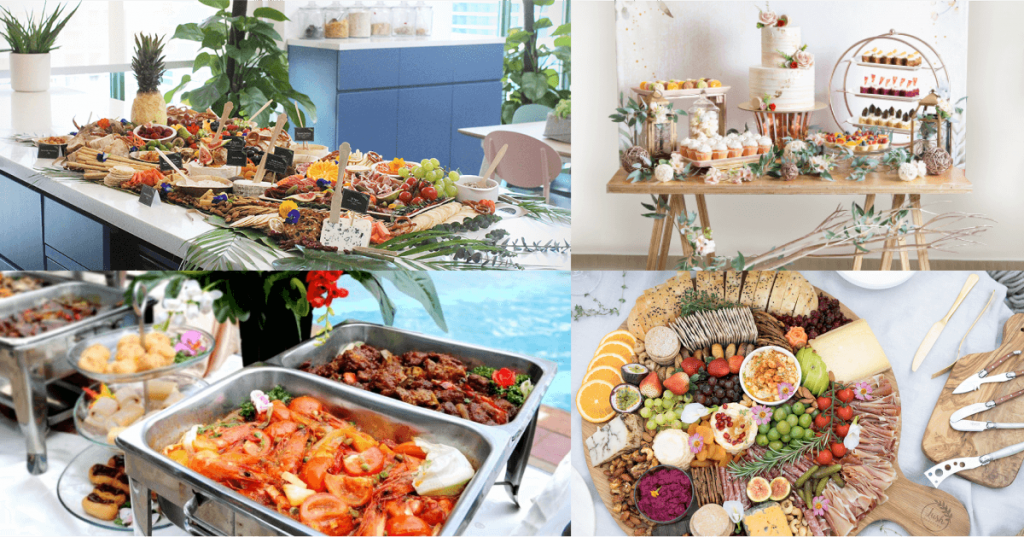 There is a misconception that catered food in Singapore will never be as good as restaurant food. After all, catered food is done en masse, which simply must mean that ‘less effort goes into each individual portion’.

But then again, I’ve eaten push cart food that was on par with wedding dinners, and my best meal in Vietnam was served to me in a back alley, right beside a leaking drain pipe. That foreshadowed my own leaking drain pipe eventually, but it was fabulous while it lasted.

The idea I’m trying to push across here is that a renowned establishment might not necessarily have the best tasting food. Most restaurants pre-cook huge portions of certain menu items such as fried rice, and only heat it up when it needs to be served. I still gobble it down anyway.

You’ll notice that most catering services have similar menus, consisting of food such as dim sum, paus, sandwiches, fried rice, cocktail sausages, etc. That’s because they choose items that are easy to prepare in large quantities while not compromising on flavour.

Proteins like chicken and fish are usually fried or steamed, as it is easy to prepare these in large quantities as well. You won’t find stuff such as a pan-seared barramundi or a salt-crusted ribeye on the menu of a catering service, especially in Singapore, where people look at the cost before the food.

Here are the rating criterion that these catering services will be based on:

I have probably eaten from some of these catering services before, because I’m a social butterfly who attends many parties and definitely doesn’t spend the weekends cooped up at home playing a pirated version of FIFA 20.

The pricing for Neo Garden is as follows:

Here’s what the public has to say about Neo Garden.

Just like Alfred, I’m not paid to write this either, so you readers might want to know upfront that I tried my best to strike a balance of high and low reviews. This is so people have a better understanding of what’s good or bad about the business.

One fun thing to note about Neo Garden is that their prawns aren’t deshelled, so you can enjoy challenges such as ‘The Fastest Prawn Peeler’ or ‘Who Has The Strongest Teeth’. Their curry chicken and cereal prawns are also crowd favourites, so don’t pass on those options if you’re ordering from them for the first time.

Liz is kindhearted, and rightly so. Neo Garden, please let your elderly folk work in pairs!

Neo Garden offers more than just food; they also do birthday caterings, dessert tables, side orders, and live stations, where a chef does all your cooking for you. And it’s not something lame like ‘oh, you can choose how you want your eggs done’ – no. Your chef can prepare items such as the Neo Garden’s signature braised chicken with pau, laksa, nonya mee siam, popiah, satay bee hoon, and even a vegetarian Peking duck crepe.

They also have thematic decors available, with designs ranging from a blue traveller’s theme with hot air balloons and a Ferris wheel, a pink flamingo theme, dinosaurs, a garden party, and several other options for your perusal. It’s arranged in chronological order, for some reason; the options at the top are more suited to first birthdays, while the ones at the bottom cater more towards weddings.

Their spread of food looks great – there isn’t anything on the menu I wouldn’t eat, apart from maybe the bean sprouts in the bee hoon. And if there’s something not to your liking, don’t worry – you can simply opt for something else. Their value sets allow you to customise every item in the 8-course menu, so if you can’t find a single thing you like in the list, it might be safe to assume that you are simply hard to please.

The most noteworthy thing about Neo Garden is that they can attend to you within an incredible 3 hours. I wouldn’t trust food done that quickly, however, and I highly discourage anyone throwing such last minute parties.

You can even get add-ons such as helium balloons or a themed backdrop. However, be warned – helium is produced through the nuclear decay of uranium, and is a non-renewable resource.

Yes, the world is running out of helium, the same element used by hospitals to cool down their equipment. Think of that before you start huffing that next balloon-fart.

The pricing for Mei Hao 99 is as follows:

There are a couple of negative reviews on Google reviews this time, so I felt like it would be unethical to cut them out.

I love orh ni, and I distinctly recall having had the yam paste from this caterer before. It was nothing mind-blowing, but still a decent yam paste nevertheless.

Other reviews online also stated that Mei Hao 99 is known for having larger-than-average portions, which is good news for big eaters.

Duck is an unusual dish to see in a buffet catering service, since duck is really easy to overcook and dry out. However, braising it means that there is a larger window in which it stays juicy and tender, making it suitable for a catering menu.

And of course, complaints have to make an appearance somewhere.

The majority of complaints on Mei Hao 99’s services were due to rude staff, which is a definite letdown for any company. However, there were also reviews praising the gentleness of the staff, so it all boils down to your luck of the draw in the end.

Outdated design aside, Mei Hao 99’s website gives all important information to you upfront, including the GST in their prices and promotional menus. Despite them claiming to provide Chinese, Indonesian, Thai and Western styles, their menu seems to appeal more to the Chinese, with their items written in both Mandarin and English.

You aren’t likely to find items such as fried chicken cutlets and roast beef sandwiches here. Instead, food such as frog with dried chillies, sliced pork belly with mala sauce, and bobo cha cha fill up their menu.

Even their Christmas menu is more Chinese than Western. There’s not a single slice of turkey or log cake anywhere – all you get are items like crispy butter prawns, curry chicken, and cabbage with assorted mushrooms. Santa Chan works a bit differently from his North Pole counterpart, it seems.

Mei Hao 99 also provides plastic utensils, serviettes, plates, and trash bags. I would recommend you bring a marker so your guests don’t have to throw out their cup every time they take a sip.

The pricing for Lush Platters is as follows:

They’re a bit too hip for Google reviews, so you’ll have to make do with my personal one.

Lush Platters has catered to quite a few companies in Singapore, such as the Honeycombers, BASE Atheletica, and Life’s Tiny Miracles, all of whom were greatly satisfied with the wide spread of delectable, classy looking meats and cheeses.

The biggest problem with catering in this day and age, especially catering in Singapore, is that everyone uses the same metal trays. Sure, maybe one caterer might have a sphere shaped tray instead of the standard rectangular version, but it’s completely unappealing on Instagram.

Lush Platters circumvents that by featuring a huge array of prettily arranged food in one place. This means that you can feature everything in your Instagram post without having to resort to a panorama shot.

If you’ve visited their site and looked at their menu, you might find that it doesn’t look like it’s enough for a buffet. And you’d be right – Lush Platters serves platters that are primarily meant to supplement a sip of wine and a light meal, such as during a social networking or cocktail event.

If you’re looking for something for a party, you can opt for their grazing tables.

Prices for these start from $1,200, and can fill a table 1m x 70cm in dimension. They also take about 2 hours or so to set up, so it’s better to give them a call early.

The price is definitely steep, and it’s not budget-friendly for those who just want a small buffet catering for their birthday. If you have the cash to spend, however, this is definitely something you can consider for special events.

Some of these events include the set-up to a wedding proposal, a housewarming party if you’re a millionaire, or a cocktail party designed specifically to impress your in-laws.

Unfortunately, they have a tearing down fee on everything that needs tearing down, and you have to return their non-perishable items, such as knives, to their office. Or you can pay $25 if you want them to collect it themselves.

So what catering service in Singapore would suit me?

If you skipped all the way to the end hoping for a TL;DR, congratulations, you lazy bastard.

If you’ve read this far and decided that you want something else to eat, fret not. Why not take a look at this list of dim sum buffets in Singapore?

Prefer Indian food? I’ve got you covered too. 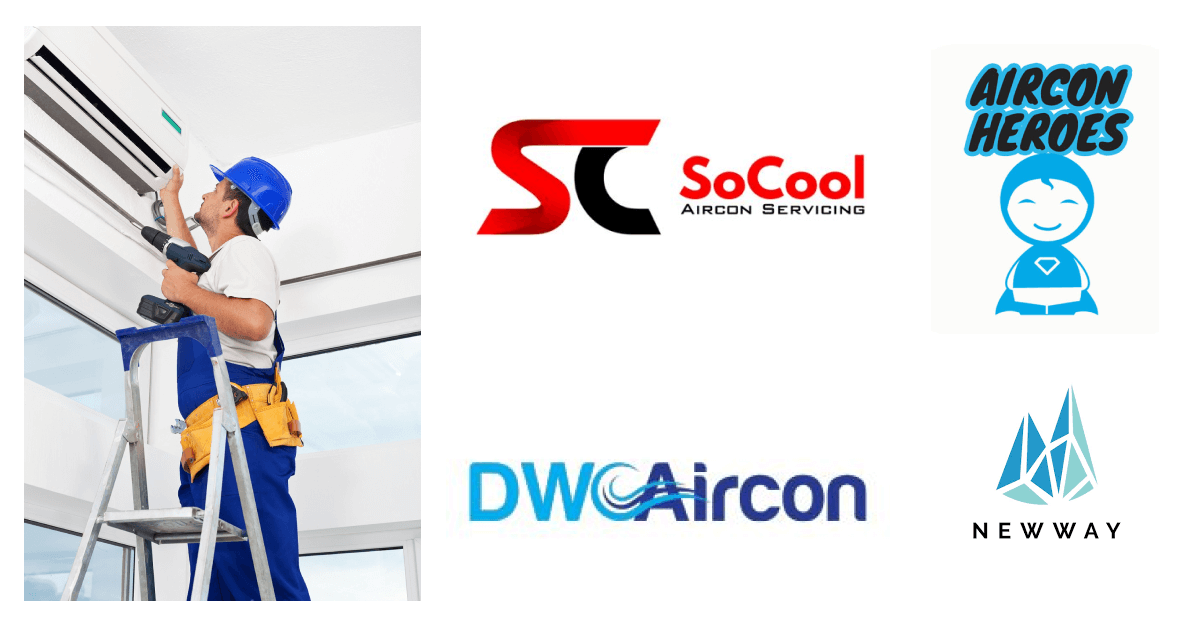 “Air conditioning was a most important invention for us, perhaps one of the signal inventions of history. It changed the nature of civilization by making

Coffee is a staple for many in the morning. It gives a boost of energy to help us wake up and tackle the busy day

In this day and age, a strong Wi-Fi connection is a necessity everywhere. Whether you’re at home or on-the-go, you need to be connected. While

Congratulations on your newborn! What better way to welcome them into your life than with a good and reliable baby cot to nestle in for

Look, we’ve all been there. Someone new shows up at work. They’re hot, gorgeous, attractive – all those wonderful, gender-neutral adjectives, and you’re immediately smitten. 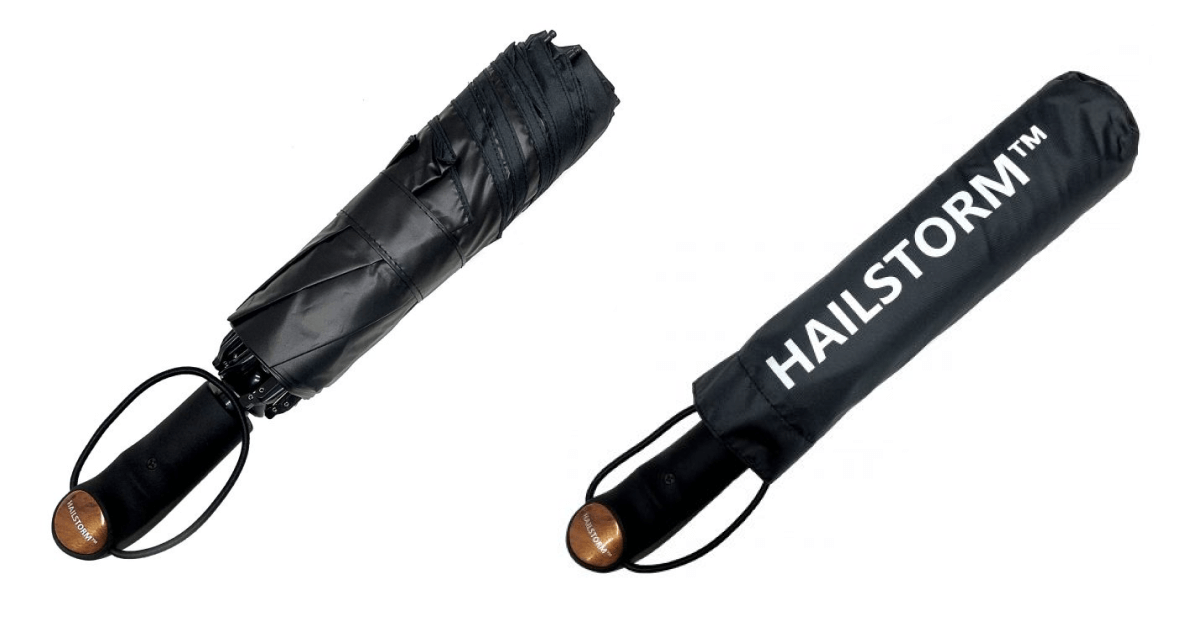 Disclaimer: This article was written in partnership with Hailstorm Umbrella. Views expressed are solely that of Unopening’s. Umbrellas are like handphone chargers. You don’t really