5 of the best tattoo parlours in Singapore 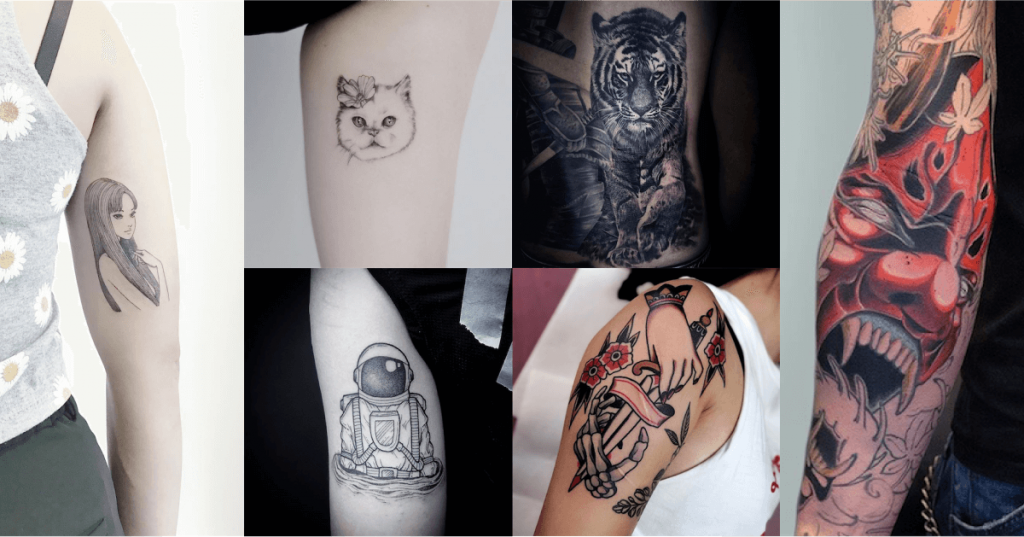 “I don’t know what to start with.”

Some of you might have thought this before getting your first tattoo. After all, it’s something permanent that’s going to be on your body forever.

In this case, however, I’m talking about the article itself.

As a Singaporean boy, get-a-tattoo-and-people-will-think-you’re-a-gangster parents are far too common. I’ve entertained the idea of a tattoo for quite some time – I wanted something nondescript that could be hidden away from the public, yet visible enough that I could see it.

Unfortunately for me, I never did anything past the ideation phase because I have a tendency to make hasty decisions. This means that we’ll be learning about tattoos together!

The first thing you should take note of are the different art styles of the tattoo parlours in Singapore.

Tattoo parlours in Singapore by style

Some of the tattoo styles that can be commonly found in Singapore will be listed below. Some won’t, since it’s not easy to find a huge range of renowned tattoo artists in Singapore. Niches exist for a reason, so don’t be too disappointed if your pastel/watercolor style didn’t make it on the list.

Do note that I have no tattoos, no sponsorship, and no clue of what constitutes good or bad inkwork. I simply chose these artists because I like their Instagram page – which actually doubles up as their portfolio pretty well.

Furthermore, the only information you’ll be getting in this article will be the office locations of these artists, since the price of a tattoo varies greatly depending on its design.

Many tattoos fall under the category of ‘Illustrative’, because it covers a very wide genre. Inspired by various different types of techniques and art movements, illustrative work includes styles from abstract expressionism to fine line calligraphy.

Artists who work with illustrative tattoos usually add a little of their personal flair into their work to make it their own style, making this genre even harder to categorise. To know if a tattoo is illustrative or not, picture it hanging on a wall. If you can conjure that image in your head, it’s probably illustrative art.

If you’re not sure of what you want and don’t want to get something too ‘loud’, illustrative tattoos are a great way to start off your journey. They’re simple, nice to look at, and some look like they belong in a museum, such as the tattoos of the artist below:

Lee Wai Leng is a commercial-illustrator-turned-tattooer at Traditions Tattoos. Her specialties include nature-themed pieces and portraits, and utilise a combination of clean strokes and soft shades. At least, that’s what I presume they’re called.

Her coloured pieces are few in number, but equally gorgeous. Most tattoo artists dislike working with lighter colours and pastels because they can’t really get a smooth fill in. This is due to the blood seeping into the pigment, making it difficult to see how well the colour is laying into the skin.

It’s a pity, since pastel colours look beautiful as tattoos. However, that’s not to say that a lack of colour means a lack of personality – in fact, there’s an entire style dedicated to just black.

Blackwork is a style that’s as broad as illustrative art. The term blackwork applies to almost any type of body art that only uses black ink – and as you can imagine, that applies to a lot.

Glance through the portfolio of any two blackwork artists and you can expect to find something different in both of them. The world of blackwork art is vast, encapsulating designs such as illustrations, geometry, and typography.

That’s why many artists have been putting their own spin on blackwork in an attempt to inject creativity into their craft. Knowing how to make use of negative spaces, shading, and linework can go a long way in creating something entirely original.

A lot of experimentation regarding blackwork is happening in the industry today, and this is reflected in one particular tattoo artist in Singapore.

Your immediate reaction to blackwork might be that it’s boring. After all, what’s the big deal with a plain black tattoo?

Gimmelovetattoo’s Clifford Wong specialises in blackwork, and you can find a large blend of elements, such as dotwork and bold outlines. If your aesthetic is heavy on monochrome, blackwork is a fabulous tattoo choice for you.

Neo-traditional refers to tattoos that feature pronounced linework and vibrant colours, but with a more illustrative quality to them. They are an evolution of the traditional style, which is also known as the Western traditional tattoo style. Those tattoos usually feature beautiful women, anchors, and elaborate roses.

Neo-traditional tattoos include the same colour palette, but expand it to include a wider range of tones. They also tend to have more motifs, and are unrestrained in their concepts.

This style blends the line between recognisable and different, like chicken rice sushi. On one hand, you’d probably find that the designs in neo-traditional tattoos resemble that of old movie posters. On the other, these designs can be applied to a huge range of tattoos, such as cartoon characters or everyday items like pens.

When it comes to bold colours, one tattoo artist in Singapore does this particularly well:

Because Western influence isn’t all that prominent in Singapore, you can’t really find a lot of artists who dabble in traditional/neo-traditional tattoos. As such, if you’re in the market for something a little more foreign, Feroze McLeod is one of the artists you want to go to.

Some ideas for neo-traditional tattoos could be the classic pop-culture icons like Marilyn Monroe and Michael Jackson, or something out of your favourite old-time cartoons, like Tom & Jerry or Bugs Bunny.

However, if you scoff at cartoons and prefer something more realistic, there’s another option you might want to go for.

Beautiful if done well, but an absolute nightmare if not, realism artists – alongside hair stylists and plastic surgeons – are one of those people from whom you don’t want to hear an “oops”.

Classic realism hasn’t been very prevalent in the tattoo industry until the latter half of the 20th century for a very good reason – it’s notoriously tricky to get correct. A single slip-up on a semi-famous person, and your business will come crashing down around your ears.

Once people began to get good, however, realism exploded in popularity. Today, you can find jaw-dropping realistic tattoos of pretty much every single celebrity you can think of, as well as depictions of animals and objects.

A fantastic realism artist is not something you can easily find in Singapore, which is why I deserve a bit more recognition for my research. Not as much recognition as this guy, however…

Agus Tan specialises in large tattoos that cover a section of an person’s entire body. Here, you can get a full-back tattoo along with a matching piece that runs down your entire arm. He also does cover-ups, which gets rid of your ugly old tattoos like the Dudleys stashing Harry Potter under the stairs.

Most noticeably, however, Agus is skilled at realism tattoos. If that’s not a reason to go to him, I don’t know what is. Through him, you can commemorate the important people in your life in the best way possible – by having them become a part of you.

They don’t even have to be people. If you own dogs, or know someone who owns dogs, you’d understand that a dog’s passing is akin to losing a family member. All you have to do is find your favourite picture of it, and see what Agus can do for you.

Also, you don’t have to worry – tattoo artists usually show you a trace of your design before applying it on you. They’re not going to just start tattooing and hope a line is going to end up straight as time goes on.

However, if you happen to prefer monsters over men, there’s another tattoo style you might want to look into.

Just the America, Japan has its very own tattoo style. Known as Irezumi, this tattoo style originated during the Edo period (1603 – 1868) alongside ukiyo-e. Ukiyo-e is a form of art in which you press a piece of paper onto a carved wooden block with paint on it. Yes, it doesn’t sound like much, but it’s all people had to work with 300 years ago.

Because of the ‘mass-produced’ nature of ukiyo-e prints, icons in this genre revolve around the same thing – mythological creatures like dragons and phoenixes, and legendary Japanese folklore heroes.

The art style of Irezumi is immediately noticeable. If you think it looks similar to the Chinese carp tattoos you often see on gangster shows, you’d be right. The carp, also known in Japan as the koi, has deep ties in both cultures.

In Chinese culture, the carp represents prosperity and wealth, while the Japanese treat it as a symbol for overcoming adversity. It has thus been commonly represented on people via a tattoo.

Japanese tattoos generally hold a symbolic meaning behind them, such as dragons representing strength and ferocity, and the kirin representing peace. Of course, you can just get them for the aesthetic appeal, but wouldn’t it be cool to know what your tattoo means?

Samuel Yar is the kind of man who lives and breathes his craft. With his incredible paint work and attention to detail, you can be sure to get something that’s twice as good as what you want – if what you want is are traditional Japanese style tattoos, of course. Don’t go to him and ask for an anime version of your dog.

He’s so popular that he’s been featured on the news, so you can be assured that his craftsmanship is legitimate. The only thing that might put you off is the ‘Terms & Conditions’ page, which makes him come across as a very angry man in general.

However, if you’re a decent person who will pay for quality, this is the man you want to go to. Just don’t tell him how to do his work.

After you’ve gotten your tattoo, you might want to wash off all that crusty dried blood on your arm. Make sure to use cold water, or your pores might open up and ruin the tattoo. If you must have warm water, why not check out this list of water heaters in Singapore?

Large tattoos can also be a burden on your back, since you have to be seated for up to eight hours at a time. One way to stop back aches is to get a comfortable mattress – and if you don’t have any, here’s a handy lists of mattresses ready for you to look through! 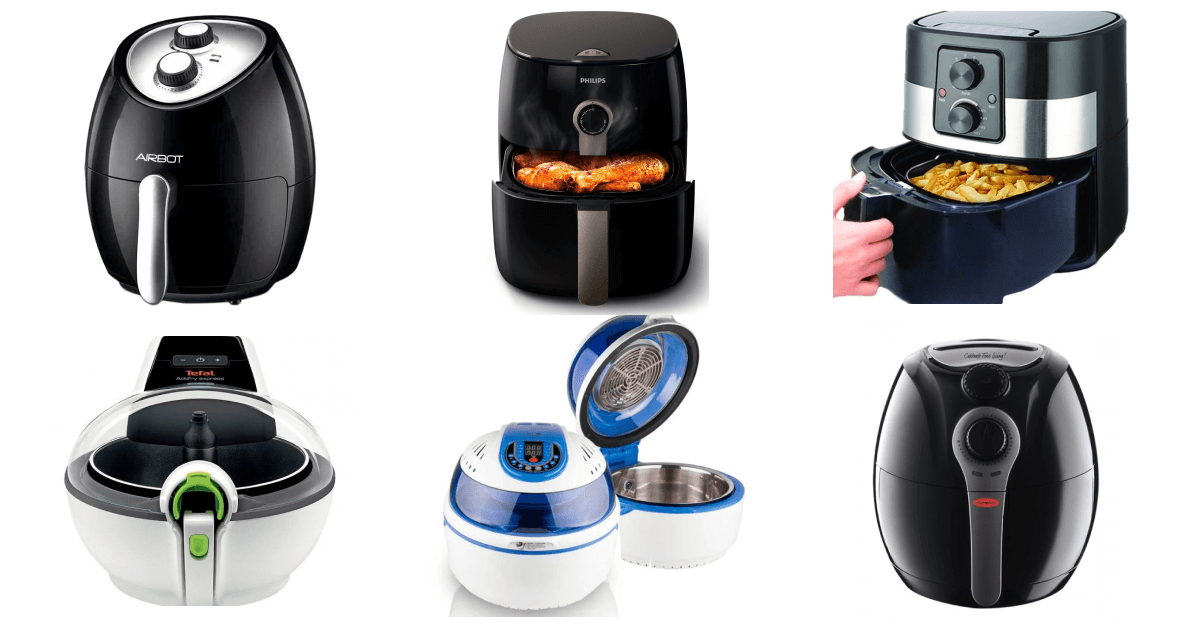 Most of us enjoy our fried food. However, now and then, we tend to feel guilty after indulging in such oily food. Thankfully, an air 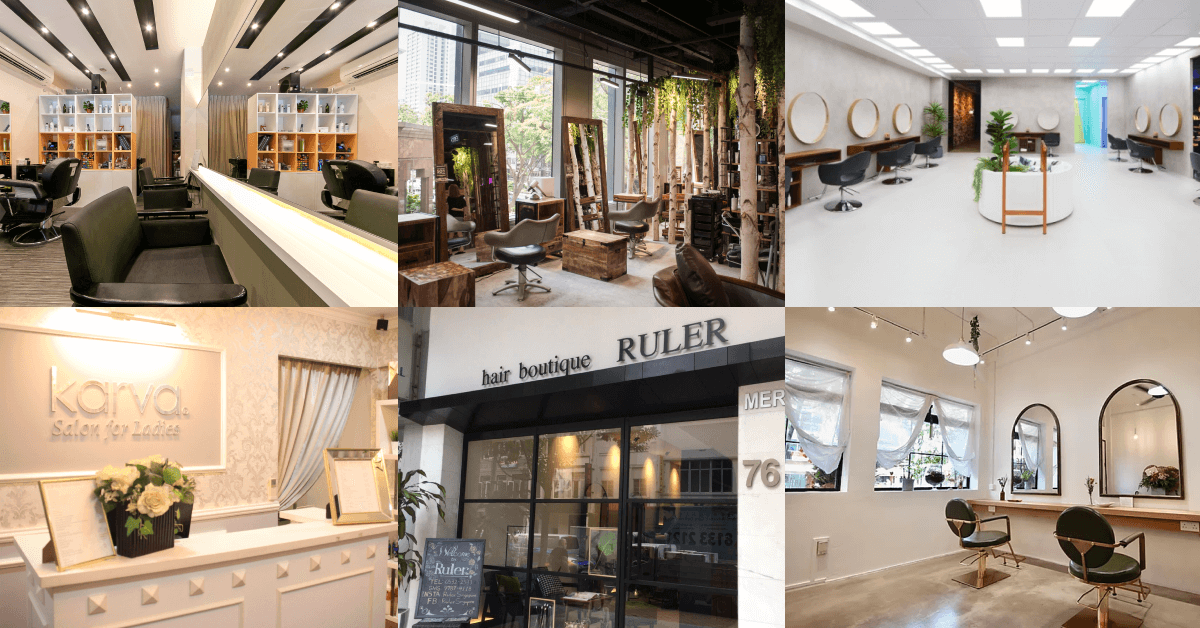 Having a great look for your hair is probably one of the more important things for women. After all, a hairdo you’re pleased with can

Are you looking for ways to cook healthy food for your family? Getting a food steamer in Singapore can be a good idea.  Steaming helps 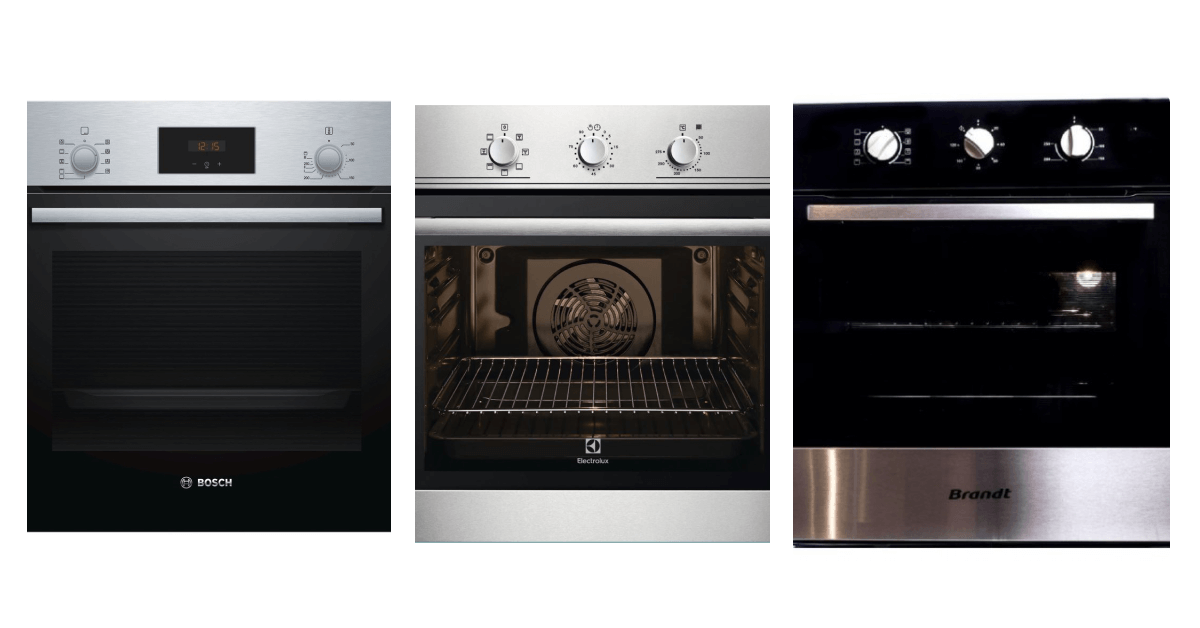 Looking for a brand new oven for your kitchen? Thinking of trying out some new recipes with a new built in oven in Singapore? Nowadays, 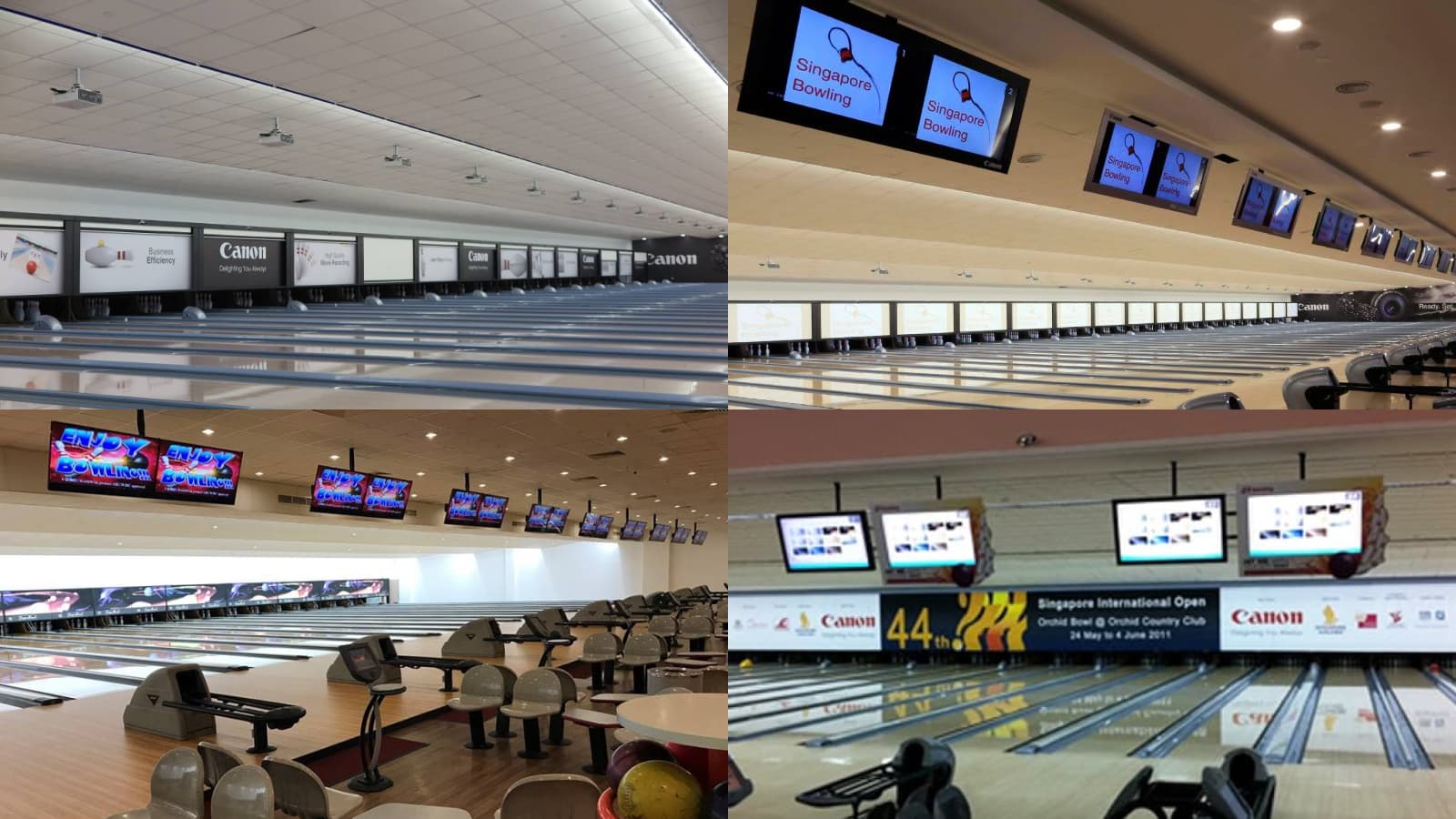 9 Best Bowling Alleys in Singapore for a Great Time

We all like to party and celebrate with our friends and colleagues on weekends after a busy week. We all are looking for places where 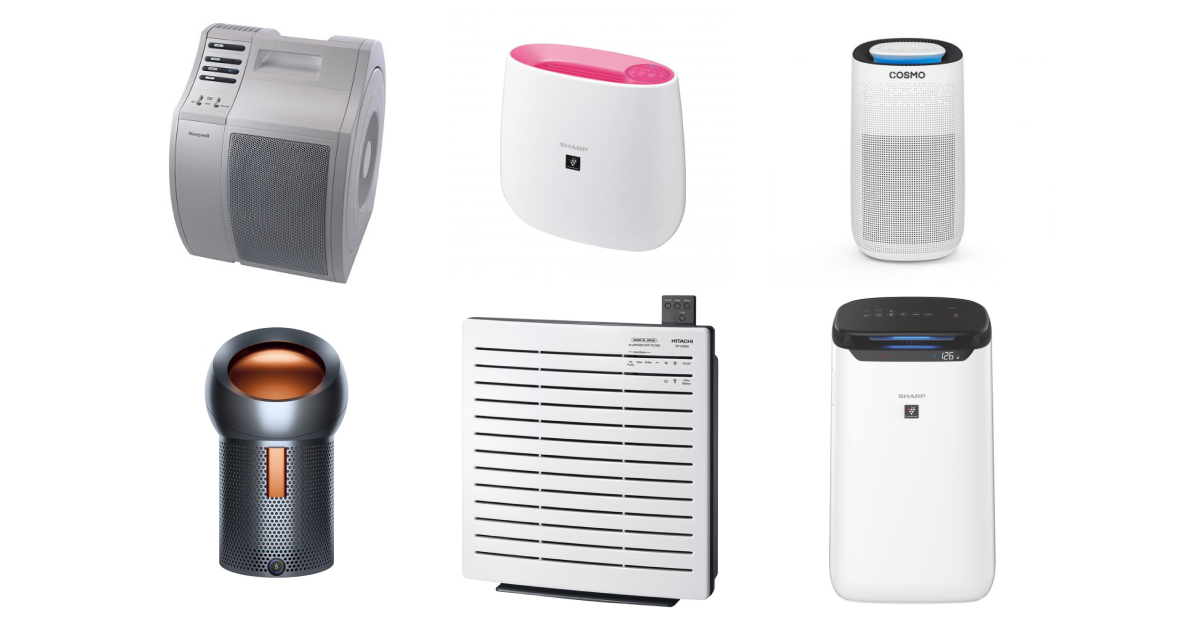 While we generally enjoy good air quality in Singapore, there are times when the island is covered with smoke. During the annual haze season in